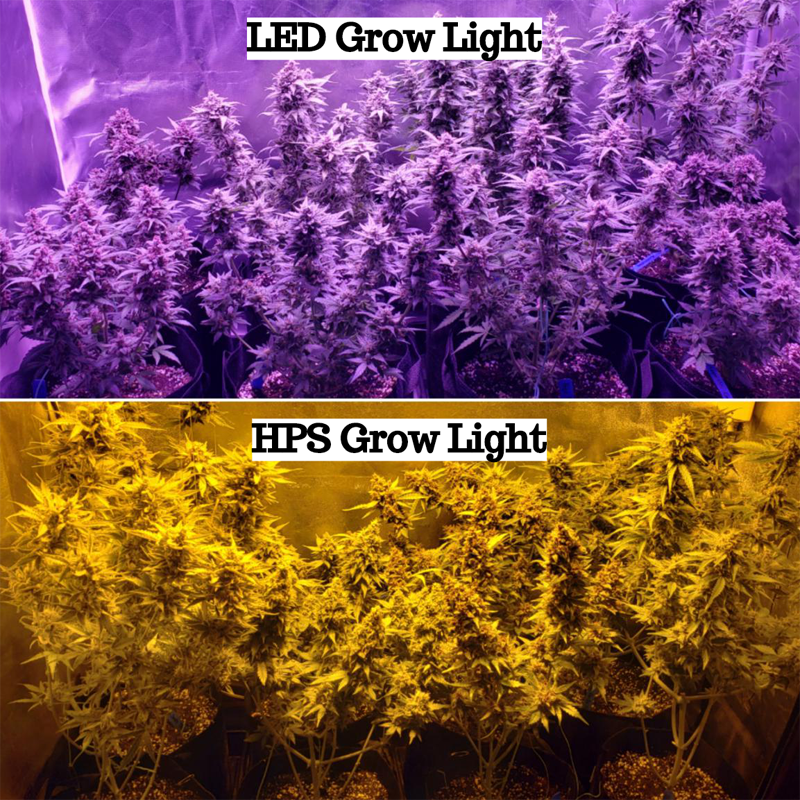 HPS lamps (high pressure sodium lamps) have been a confident leader in the cannabis lighting system market for decades, and other technologies, although they exist, are unlikely to change their status. In this article, we will carefully study the differences between different types of lamps and try to give opinions on their expectations.

So what is HPS, LED (Light Emitting Diode)? 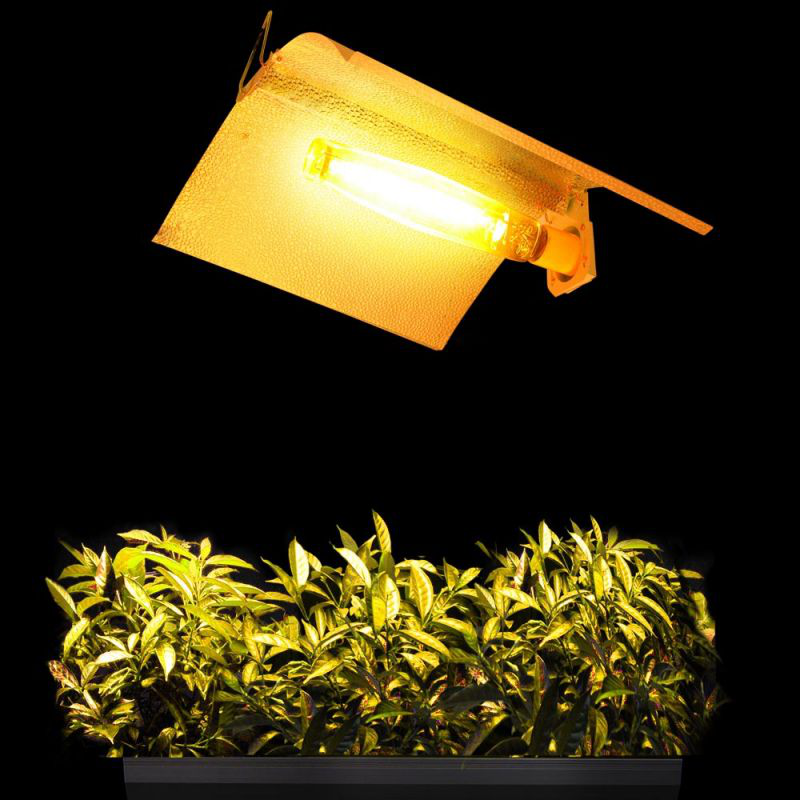 The HPS lamp emits light by passing high-pressure pulse energy through a sealed quartz tube,filled with sodium vapor and some other elements, such as xenon and mercury. When heated, the gas starts to glow. Sodium emits a strong orange, yellowish light. Xenon and mercury can be used to change the spectrum,which emit in the blue range of the visible spectrum, making the light whiter. 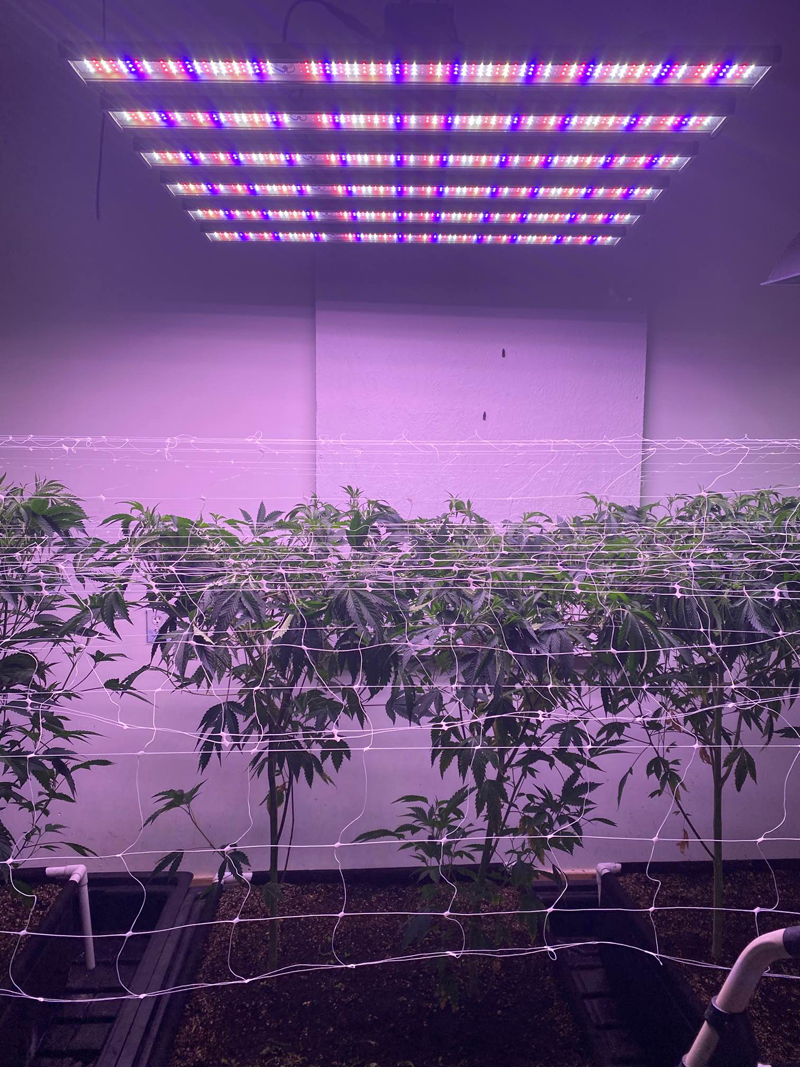 Light emitting diode (LED) lamps are semiconductors that allow current to pass almost unimpeded in one direction but provide very strong resistance in the other direction (through a "PN junction"). On one side of the junction, the material is processed in a way that receives additional electrons, and on the other side, on the contrary, the material that does not have enough electrons is processed. By applying a voltage, we force electrons to move through the junction to fill the "gap" on the other side. This leads to luminescence, the color of which depends on the material used. Phosphides and nitrides of gallium, aluminum, zinc and silicon are most commonly used here.

The efficiency of a lamp can be expressed by a simple formula: the total amount of light energy (lumens) of the lamp divided by its total energy consumption (watts). The minimum power of DNAT is 90 lm/W, although for some brands, this figure reaches 150 lm/W or even higher. More and more grow lights are also evaluated in PAR (Photosynthetically Active Radiation), which is measured in µmol/s (the number of photons per second per 1m2 of the surface of the plant block).

µmol/s is an increasingly popular metric for growing lights because it measures the amount of light reaching the plant, rather than what the human eye sees.

The most efficient HPS lamp to date produces approximately 150 lumens per square meter. So, for example, the GE Lucalox 600W lamp produces 90,000 initial lumens ("initial lumens" means the radiation intensity of the first 100 hours), while the best 600W Lumatek lamps produce 92,000. Although not done before, but for the new model, HPS began to display and PAR indicator. For example, the output of Lumatek 600W is 1030 µmol/s.

For LED plant lights, lm/W is considered to have less "right to speak" than PAR. This is because the lm/W of red and blue lamps is usually much lower because they produce the most important frequency of photosynthesis, and the production of "inefficient" light is minimized.

However, newer LED plant lights use multiple frequencies to create a richer, more efficient, and fuller spectrum, which is believed to be beneficial for plant growth, and usually includes discrete white LEDs as well as red and purple. These newer panels sometimes express efficiency in lm/W. Well-known manufacturers should at least indicate PAR. For example, the British company Budmaster's 410W full-spectrum panel (Budmaster II 675 GOD) indicates the PAR value at different distances from the lamp (the longer the distance, the lower the PAR, because fewer photons will hit the surface of the plant). At 31cm, the PAR of the lamp just exceeds 2000 µmol/s.

While advances have not prevented the development of HPS technology, it is believed that the lamps only have a faint appearance of natural sunlight compared to more modern lighting systems. If xenon and mercury are not added, the sodium itself glows red and yellow. However, there are new "full spectrum" lights that actually have two arcs, i.e. they are a mix of DNAT and DRI. So, for example, the Hortilux Super Blue HPS/MH combines 600W HPS and 400W DRI to provide an initial 110,000 lumens and simulate the spectrum as close to nature as possible.

Currently, LED plant lamps are probably the best in terms of spectrum, as the most advanced models offer up to 11 frequencies, which are critical for plant development. For example, PanTech GLMX720 720W LED Plant Lamp, equivalent to 1000W HPS, and offers 11 frequencies - from UV to IR.