How To Choose Led Flexible Strip light from China Manufacturer

How To Choose Led Flexible Strip light from China Manufacturer 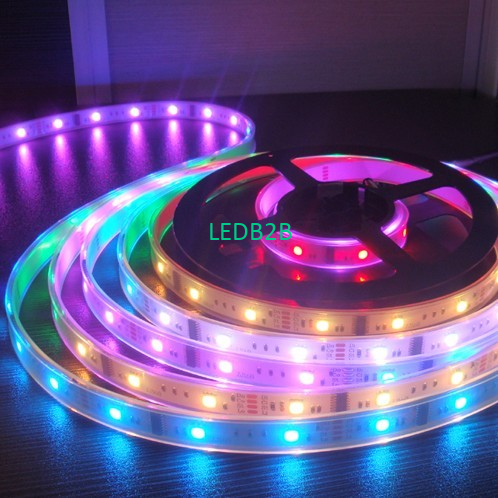 LED Flexible strip, ribbons or tapes have become one of the most popular LED products available at the market. They did not only replace incandescent ribbons, but some of the fluorescent tubes as well, and definitely gave endless options for advertisements and decoration of bars, hotels, and other public places. With the fast development of the LED technology, they are now available in very bright versions too, allowing users to apply it as task, or in rare cases, even as a main source of lighting. Their application is popular both in home and commercial use, therefore we collected the main characteristics of strip lights consumers need to consider if they want to make the right choice.

Depending on our purposes the following features may help us decide what we have to apply.

1. The size or type of LED included

2. The number of LEDs within a metre of the strip

3. The colours or colour temperature of the LEDs

4. The flexibility of the strip

5. The direction of LEDs on the strip

All of the determining factors mentioned above, the most important is probably the type and size of the LED included, both of which determine its brightness or performance. This difference has already been discussed in one of our previous articles: how the performance of different LED technologies (low power, SMD power and high power) ranges, as well as the size of the diodes. Obviously, the more recent the technology of the LED is, and the bigger its size is, the brighter it will be.

Another determining factor of the performance is of course the number of LEDs in the strip within a meter for instance. The higher this number is, the brighter the strip is, though extremely high numbers within a meter often require special technologies, like double width strips - where the LED are placed not just one after the other but in two or three rows next to each other. With strips including a high number of LED always check their arrangement, because LEDs placed too close to each other may emit too much heat and radically shorten the lifespan of the strip.

The color range of the LED is now endless, since any color can be created with RGB technique. There are generally two or three shades of white available: bright or cold white - the bluish, really bright version of white, the warm white - which is rather yellowish like the sun, and the natural white - which is a combination of the two in various degrees. The temperature of the white colour is measured in Kelvin, and the higher color temperatures (from about 5000 K) are the cold, or bluish whites and the lower ones (2700 - 3000 K) are the warmer white colours.

Single color LEDs are available in almost all colors now, but the RGB LED strips can also emit a large variety of colors. RGB strips need a controller to operate, and decide whether the color of the strip should be one constant color, or should change along with setting the pace of change. Special pixel RGB strips are able to change the color in a row, creating a run-down effect. The variety of color changes of the RGB strip largely depends on the knowledge of the controller too.

The flexibility of the LED strips can be a determining factor in their application. Rigid strips are perfect for replacing fluorescent tubes for instance, though there is hardly anything you would not be able to do with a flexible strip either. On flat surfaces it is sometimes easier to work with rigid strips, though applied on ceilings or walls - I guess many of you have come across this problem before - what appears to be flat for the eye is far from straight once examined with a spirit level. So, flexibility is more often a grace than a burden. Strips are usually flexible to one dimension only, which is exactly she the direction of the LEDs can be significant. The most common types of strips have LEDs lighting upwards, so if for instance if you wish to enlighten a wheel you have to look for side-mounted or side-view strips to be able to shape them the right direction.

The IP rating of strips or any electric goods is made up of two numbers, indicating the degree of protection provided against the intrusion of solid objects (including body parts like hands and fingers), dust, accidental contact, and water in electrical enclosures.

If you are planning to install strip lights at wet or humid places, outdoors, or maybe even under water, then your items need to be partially or completely waterproof. 100% waterproof items have the IP rating of 68.

The Voltage of LED flexible strip light should always be checked before application. Strips running at mains are often used, but most of the LED strips require a transformer, since they run at low voltage (usually 12 or 24 V). If your strips need a transformer, make sure it is suitable for LEDs, because electric transformers most of the time ruin LEDs.

The variety of moods or atmospheres that can be created with strip lights is incredibly large and a lot depends on the accessories you use with them, like dimmers or controllers. Although the largest variety of RGB effects are created with panels, where there is no limit to the effects used other than our imagination, there is a lot you can do with strips too, applying complex controllers, like the DMX, allowing you to set the rhythm of color change to music. Dimming is always simply attainable, though most strips require a dimmer specifically manufactured for LEDs.